To visit this site you must be of legal age to purchase and consume alcohol,
if there is no legislation in your country,
you must be at least 18 years of age,
and by clicking on the enter button,
I accept the terms of use, and the privacy policy.

ALCOHOL ABUSE IS DANGEROUS FOR YOUR HEALTH,
TO BE CONSUMED IN MODERATION.

3.6 BILLION EUROS GENERATED BY EXPORTS IN THE COGNAC SECTOR IN 2019

With nearly 98% of its exports being shipped (a growth of +11.4% in value and +6% in volume), Cognac demonstrated powerful development in 2019. In a sensitive international commercial market, the industry had to make short term geographic adjustments their shipments. In total, 216.5 million bottles were shipped from Cognac this year, resulting in a turnover of 3.6 billion euros.

The three major Cognac markets (Europe1, NAFTA2 and the Far East3) are evolving according to the following industry trends compared to 2018:

Overall, shipments to high-potential areas (South Africa, Nigeria, the Caribbean5) continued to increase in value (+6.8%) but fell slightly in volume, particularly in Nigeria and in the Caribbean (-3.6%). Added together, these new areas of opportunity represent 6.3% of the total volumes shipped (13.6 million bottles).

Representing 10.1% of shipments, vintage Cognac stabilised over the campaign with a decrease of -6.6% in volume and a +1.5% increase in value.

Thanks to last season’s exceptionally good climate conditions, it has recovered from the frosty weather of 2017. However, there were once again an episode of frosty weather at the beginning of May which affected around 15% of the vineyard and consequent harvest. Nevertheless, the favourable pre-harvest weather conditions enabled production of cognac close to the target set by the sector. As the development of cognacs extends over several years, the harvest of the campaign can be offset by future harvests. 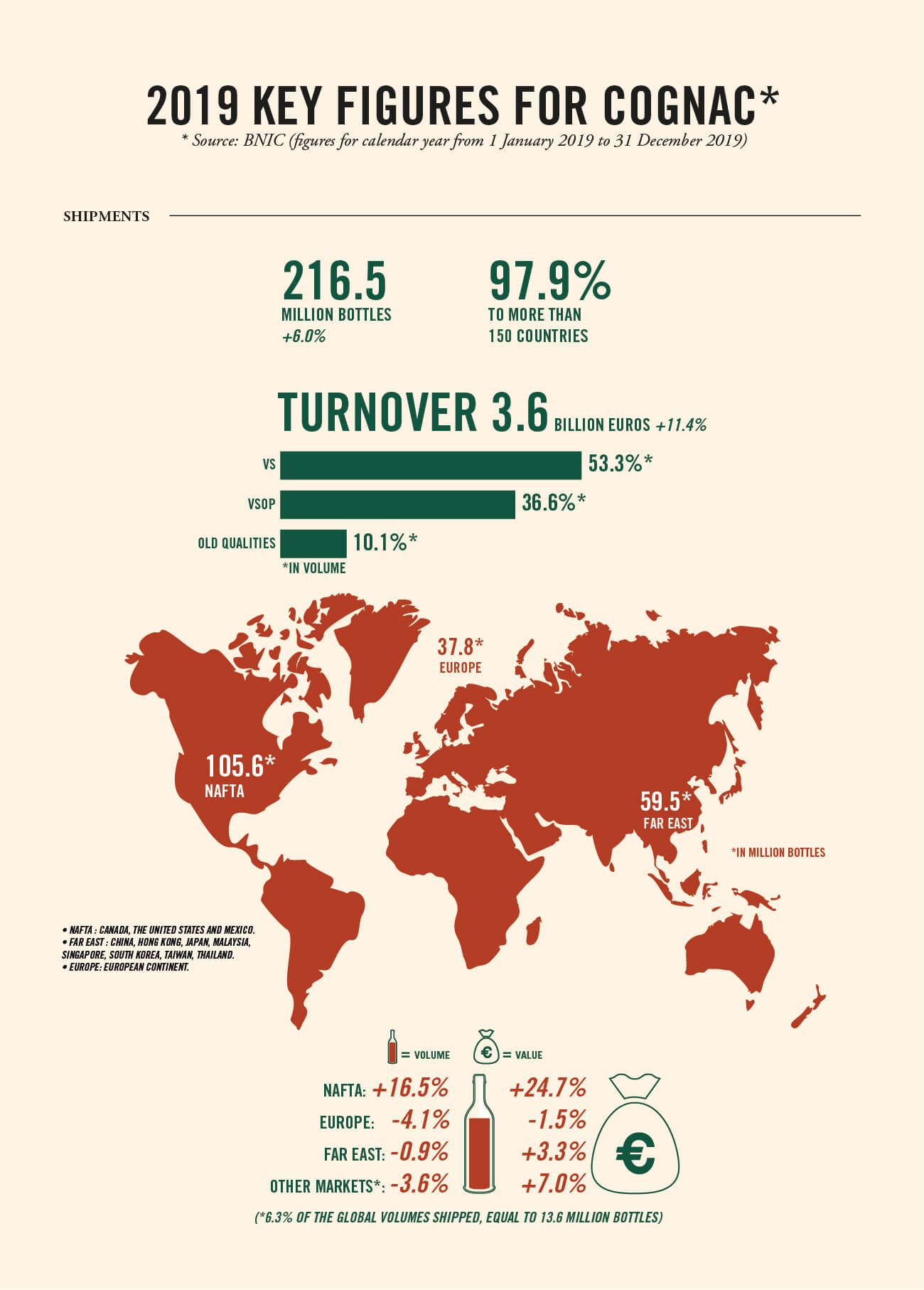 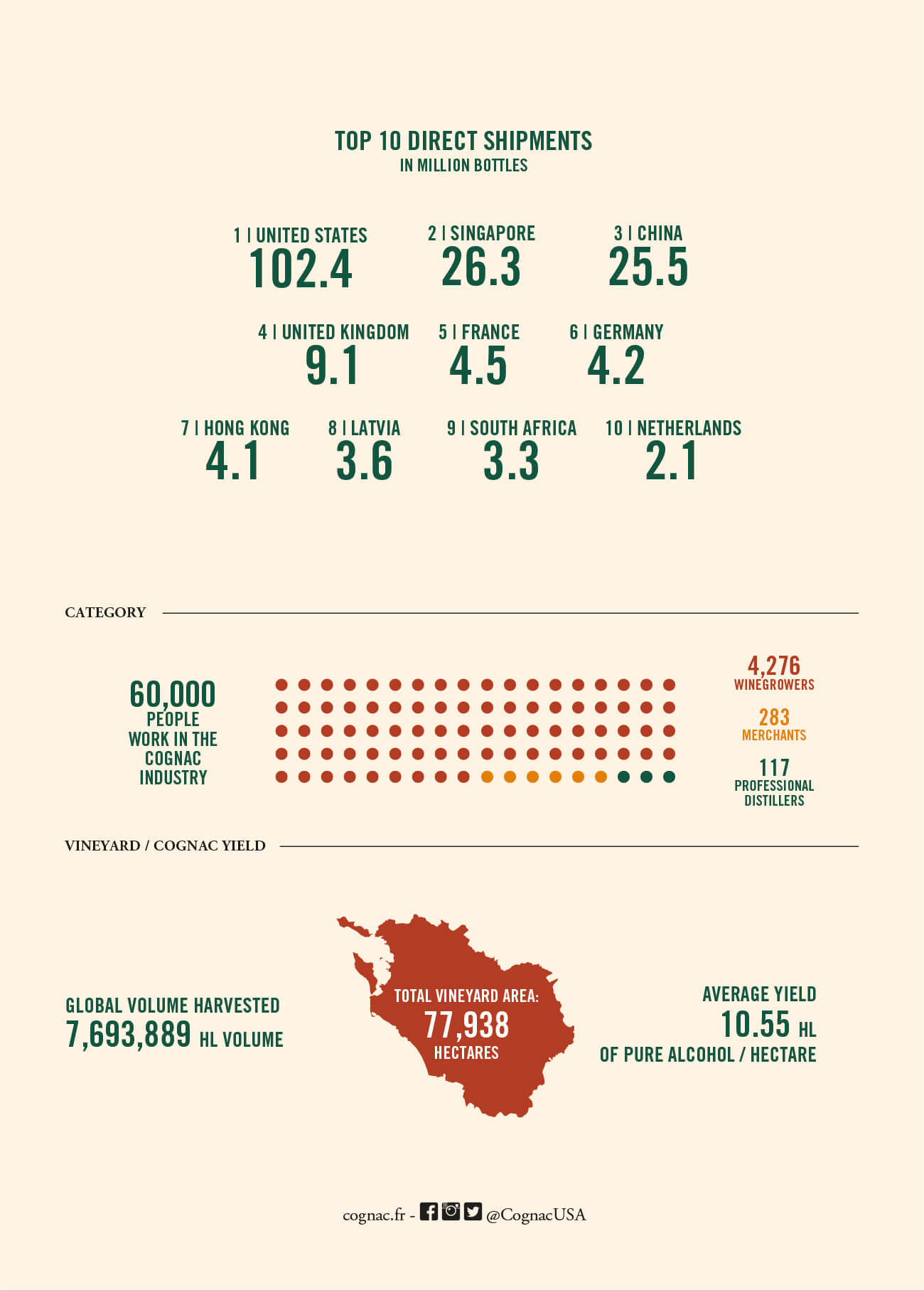 BNIC, National Interprofessional Bureau of Cognac, represents, develops and protects Cognac the Appellation d’Origine Contrôlée (AOC) in France and around the world. This AOC gives the consumer the guarantee of an exceptional eau-de-vie in the 150 countries where Cognac is sold. Composed of an equal number of professionals in viticulture and trading, the BNIC is the place for consultation and decision-making among the 4,300 wine growers, 110 professional distillers and 280 merchants of the appellation. BNIC serves the interests of those who make Cognac and those who consume.